Find exactly what you need.

Its quick and easy. 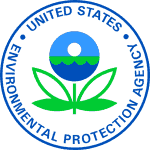 Regardless of your industry improperly stored or the improper disposal of waste can mean costly fines by the EPA. As a result, recently the EPA fined a pharmaceutical manufacturer $35,000. This was due to violating several federal regulations regarding the storage of hazardous waste. In an agreement released by the regulatory agency, the pharmaceuticals manufacturer did not admit liability with the EPA to pay the penalty for violating several federal Solid Waste Disposal Act. This company was cited for five counts of violations following an inspection in March 2016. The plant manufactures generic pharmaceuticals in tablet and capsule form. Their production process produces solvent waste. They have several options to properly store waste and properly dispose or recycle such waste. Due to improper storage and disposal, the manufacturer is forced to pay the fines for administrative missteps.

The EPA stated they, “where storing one drum of hazardous waste on-site at the facility for a time period in excess of the 90-day storage limitation.” One of the 55-gallon drums was filled with lab solvent vial waste, a hazardous waste. This drum was dated beyond the 90-day storage limitation. This “One Drum” resulting in $35k in fines. This company failed to keep hazardous containers closed except as needed to add or remove waste. as a result, the manufacturer of poor waste management and disposal was slapped with a $35k fine.  Can your business incur such fines and maintain profitability? One mistake or poor choice can result in several violations. 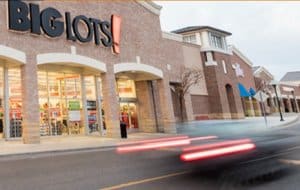 Big Lots a well-known retailer was recently fined more than $3.5 million following a lawsuit settlement. This settlement alleged hazardous waste was illegally disposed of at its 206 California stores and one distribution center. As with Dollar General, the hazardous waste included paint, corrosive liquids, toxic materials, batteries, and other waste. As a result, Big Lots was ordered to pay more than $2 million in civil penalties, more than $336,000 to reimburse the cost of the investigation and $350,000 to fund supplemental environmental projects. Additionally, the company must fund hazardous waste minimization and compliance projects pegged at another $803,000.

Dollar General parent company was forced to pay $1.125 million as a settlement in a lawsuit. This lawsuit alleged that Dollar General retail stores throughout the state had illegally disposed of hazardous waste over a five-year period. Waste bins at retail and distribution locations found that hazardous materials including automotive fluids, paint, and other toxic and corrosive items had been routinely sent to landfills that were not permitted to receive that type of waste. 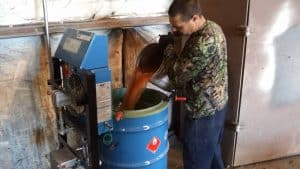 What is the answer? Properly store, dispose, costing you money or the use of Solvent Distillation Recycling Equipment which actually results in decreased line expenses [$$] through waste recovery and recycling.